“The judgment of the final storm has come to destroy all men, and only his path will lead to deliverance. ”

Tukar is a kingdom on Roshar. It's ruled by god-priest Tezim, who is actually the Herald Ishar in disguise.[2] The people of Tukar are called the Tukari.[3]

Tukar lies in south-western Roshar, on the coast of the Southern Depths and the Aimian Sea, in the geographical region of Makabak. It borders Emul to the north and Marat to the west, both on rivers. The island chain leading from Tukar to Aimia are possibly under Tukari control.[4] The general climate of the country is unknown. It's likely to be hot and dry, much like the rest of Makabak.

Tukar has several settlements, such as Torriqqam and Khathazan. Along the Southern Depths, there are also the towns of Riqu Mar and Linder Mar.[5] Icewater, located on one of the islands off the coast, may belong to it. Sesemalex Dar, the capital of Emul, is located on the western border of Tukar, and the Tukari have laid claim to it for generations.[4][3]

“The war between Emul and Tukar was heating up. Granted, everyone was always saying that. But things had changed over the last few years. ”

During the Silver Kingdoms era, Tukar was part of Makabakam.[7] At some point, Makabakam splintered into smaller states, with Tukar being one of them.[4] When the Azish Empire began to form, Tukar might've joined them, although their status within the coalition, if it even is part of the coalition, is confusing.[8][9]

The nations of Tukar and Emul have been in the state of on-and-off conflict for centuries, with the main point of contention being the city of Sesemalex Dar.[10] The latest iteration of this conflict was Eighty's War, which at the time of the True Desolation had been going on for six years.[11] The war was likely initiated by the Tukari god-priest, Tezim, who came into power around the same time. Shortly before the Everstorm, it started to heat up.[6] Nonetheless, Jasnah Kholin spent some time studying in Tukar before coming to Kharbranth.[12]

When the True Desolation began, Dalinar Kholin sent messages to both Emul and Tukar, hoping that at least one of them would join his alliance.[13] Tukar outright refused, with the god-priest demanding that, as an "aspect of the Almighty", he should be the one in charge of Urithiru and the Knights Radiant.[1]

During the Desolation, voidspren began appearing in Shadesmar in the region equivalent to Tukar.[14] Nonetheless, by the Battle of Thaylen Field, the country is still considered to be neutral in the conflict.[15] 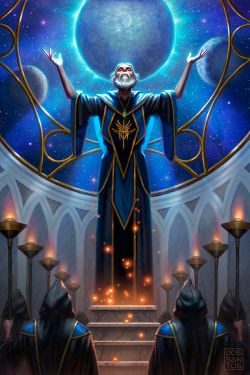 The people of Tukar are likely ethnically Makabaki, and thus dark-skinned. Many of them can be found outside their home country, working as mercenaries.[6] Tukar itself has numerous Soulcasters, which it has put to good use in Eighty's War.[16] If they have any Shardblades or Shardplate, it's never mentioned, though their military is considered highly capable.[1]

Tukar is a theocracy, with their current spiritual and political leader, Tezim, being alternately titled the god-priest, god-king and priest-king.[6][2][8] Unlike other Makabaki states, which consider Heralds to be gods, the Tukari worship the Almighty, much like the eastern nations. Tezim is likewise revered as a semi-divine figure, and considered an aspect of god.[17] Other titles ascribed to him are "first and last man", "Herald of Heralds" and "bearer of the Oathpact".[1] In reality, Tezim is the half-mad Herald Ishar, making those titles somewhat justified.[2] Though the average Tukari likely don't know his true identity, there are numerous odd rumors swirling about him outside of the country.[6]

“I'd rather have the Emuli anyway. Their soldiers might be less capable, but they’re also… well, not crazy. ”

Technically, Tukar appears to be part of the greater Azish Empire, and the Prime Aqasix seems to have the capacity to summon the god-priest to Azimir whenever they wish.[8] However, for generations now Tukar has been at war with Emul, another Azish member state, putting the Prime's ability to control it in question.[10] The conflict is centered around the city of Sesemalex Dar, considered holy by both the Emuli and the Tukari. While the Emuli consider it their ancestral homeland, the Tukari motivations for the conflict are unknown. In the East, there is some confusion over whether the conflict is purely religious or economical, as Sesemalex Dar is an excellent port.[11]

Tukari in general are considered volatile and crazy by the outsiders, with the Alethi relieved at not having to ally with them, and Szeth speculating that they might suddenly abandon their crusade against Emul and go to war with Marat.[1][18] The main way of communicating with them diplomatically is through their scribes, with the god-priest himself rarely, if ever, speaking in person.[1]