Fjorden is a theocratic nation state on Sel. The people of Fjorden are called the Fjordell.[1]

Strict and militaristic, Fjorden is the dominant country of the continent. About three hundred years ago, their leader, the Wyrn, converted to the Derethi religion, and within a generation all of Fjorden had done likewise. Now, instead of sending troops across the continent, Fjorden sends priests, and it's said that much of Fjorden's vast power comes from conversions obtained — or forced — by them.[2]

Fjorden and its client states encompass the vast majority of the continent of Opelon. Fjorden itself is the largest and northernmost of them, lying along the long shore of the Sea of Fjorden, while to the west, it's bordered by Atad Mountains (or Dathreki, as they are known to the Fjordell) and the country of Arelon.[3][4][5] From South and East, Fjorden is bordered by its many subjugated nations -- going West-to-East, those are Duladel, Jindo, Jaador, Hraggen, Geant and Svorden. Hrovell is another subjugated state, although it lies south of Hraggen and Geant, and doesn't border Fjorden directly.[4]

Fjorden nation has many fortified cities.[6] The most notable of them is Widor, the empire's capital.[7]

For centuries, the Fjordell working class lived and died under a feudal system that treated them worse than farm animals. They did not rebel, as they were raised to it, and to them, the feudal system was the only system.[6]

The original state reigning over Fjorden was the Old Empire, also known as the First Empire. Over three hundred years ago, it nearly conquered all of Opelon—only Arelon, with the help of Elantrian magic, stood against it. Eventually, the Old Empire fell because of administrative problems—it conquered more than it could hold.[2]

About three hundred years ago, Wyrn Wulfden the First converted to the Derethi religion, and within a generation all of Fjorden had done likewise. Thus, Fjorden was reborn -- this time, as a theocracy. For the next three hundred years, the Wyrns have been blatantly altering their country’s own histories and literature to make it seem as if the empire has always been a manifestation of divine purpose. Poetry and lives of kings were all rewritten to remove any outdated references - after all, they couldn't have it sounding like their greatest historical king was a pagan.[8]

Over the past three centuries, the Wyrns have used their new theocratic power to expand and spread, conquering numerous surrounding states by the means of religious conversion. By the time of the Reod, the Wyrns were more powerful than even at the height of the Old Empire's power.[9]

After the Reod and the subsequent fall of Elantris, Fjorden started pushing the boundaries of its influence again, this time instigating the collapse of the Duladel Republic. [6] This was successful, albeit bloody, and after Duladel's fall, Fjorden once more set its sights on Arelon, as well as their ally, Teod.[10]

They began by sending Hrathen to attempt to convert Arelon to Shu-Dereth, and thus make it submit to Fjorden. Should this prove impossible within three months, Fjorden would send armies to destroy every living being in Arelon's cities.[10] They also lent financial support to Telrii, an Arelene follower of Shu-Derethi who wanted to take the Arelene throne, and sank King Iadon's merchant fleets.[11]

In Teod, in turn, they forced king Eventeo to convert under threat of invasion, and removed the Teod ambassadors in Arelon.[12] Finally, they threatened to kill Eventeo's daughter, Sarene.

Their plans fell through when Elantris was restored, and the Elantrians recovered their power. During the restoration, the Fjordell were cast out of Areleon,[13] and later out of Teod as well.[14]

The modern Fjordell empire is governed by a militaristic theocracy. Both the church and the empire are ruled by the Wyrn, although the skaze, Splinters of Dominion, also have a direct influence on Fjordell politics.[10][15]

Wyrn is both the title of the Fjordell emperor and a religious title indicating the highest priest in the Derethi religion. His official title is "Regent of all Creation", referring to his state of rulership until Jaddeth, the Derethi god, rises to build his Empire. He's also referred to as the Prophet of Shu-Dereth and Ruler of Jaddeth's Holy Kingdom.[10] The current Wyrn is Wulfden the Fourth; he lives in the Zigareth, a palace in Widor.[2]

The national religion of Shu-Dereth commands all followers to adhere to a rigid chain of command, reminiscent of ancient Fjordell feudal system. At the top of that chain is the Wyrn, who's believed to commune directly with Jaddeth. This allows each person in the empire to serve Jaddeth, even though only the Wyrn is holy enough to do so directly.[16][6]

“The pagan nations of Arelon and Teod have been blackened scars upon my land for long enough. ”

For the Fjordell, religion and war are almost the same thing.[17] The military serves the Wyrn and will crush entire civilizations for him.[10] Their conquests are quickly soldified by the arrival of Derethi priests, who strive to convert the entire population to Shu-Dereth.[18] The Fjordell believe that with all mankind united under Wyrn's rule, Jaddeth could rise from His throne beneath the earth and reign in glorious majesty upon the world.[10]

The conventional armies are augmented by the users of Fjordell magic, the Dakhor. Those monks, trained in the Dakhor Monastery, undergo rigorous physical training, becoming warrior monks.[19][20] A few months after a boy is initiated into the Dakhor order, his bones start to grow and twist, adopting strange patterns, reminescent of Fjordell symbols. These symbols grant the Dakhor priests various powers, most of them battle related.[14] The prayers and incantations used to create Dakhor monks are secret; even the gyorns, high-ranking priests, don't know them.[21]

They are also wealthy enough to have a huge navy, large enough that they could beat Teod by sheer numbers.[22]

Fjorden is a rich country. It has strong trade with Teod and Arelon, as well as all of its current territories. It is wealthy enough to use money to control foreign politics, like the support from Telrii in Arelon.[11] It is also infamously known for capitalizing on other cities' chaos.[8]

Wyrnig is the Fjordell gold coin.[7] It is stamped with the profile of the Wyrn.[11] 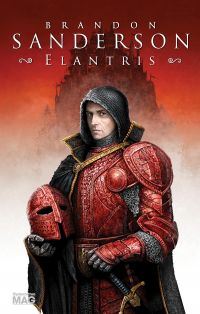 “Lord Jaddeth can only return when all men are united beneath Fjordell rule. ”

Fjorden's religion is the Shu-Dereth, founded by Dereth. Shu-Dereth interprets Keseg’s teachings to mean that all men must be united beneath the rule of one nation. Dereth taught that once all men bow before a single monarch, proving their unified nature, their god would come to live amongst them.[23] Said god is Jaddeth; only one man can serve him directly.[6]

Though Dereth's ideas were originally rejected in his native JinDo, they were embraced by the Fjordell. The founders of Shu-Dereth realized the power of the religion. They decided that if they could get the nations of the East to believe in a single religion – with that religion centered in Fjorden – they would have power equal to, or even greater than, the power of the Old Empire. At the same time, they wouldn’t have to worry about rebellion, or even bureaucracy. The people of the other nations would govern themselves, but would give devotion, loyalty, and money to Fjorden.[24]

Wyrn Wulfden the First converted, and so, therefore, did most of his people. Since that time, Shu-Dereth has been the official religion of Fjorden, and has spread to all of the eastern nations. Fjorden’s militaristic society stratified and organized Dereth’s teachings into an almost martial level.[25]

Strict and militaristic, the Fjordell live by the Shu-Dereth. Fjordell will do anything to rise in ranks — ambition is the one emotion Jaddeth would accept as readily as devotion.[10][18] As per Shu-Dereth's basic tenets, only one man can serve Jaddeth directly, and so the religion is very regimented. Any believer serves the ones above them, who in turn serve their own master, and so on until it reaches Wyrn, who serves Jaddeth himself.[6]

Fjordell tend to have dark black hair and be very wide of build.[2] Their language is called the Fjordell; according to their doctrine, it's Jaddeth's own chosen tongue, and thus holy, while other languages are considered profane.[16] The native Fjordell accent is thick and melodic.[9]

The language prefers guttural sounds. ‘U’ sounds, ‘F’ sounds, ‘H’ sounds, and ‘G’ sounds. It has a ‘Y’ sound in the form of a ‘J,’ and placed emphasis on the ‘Hr’ combination. From this language come names like Dilaf, Jaddeth (pronounced yah-death,) and Sycla.[26]

Although no one of Fjordell heritage nor anyone residing in Fjorden may be taken by the Shaod, the Fjordell have their own magic system, the Dakhor, known only to the Derethi priests of the Dakhor Monastery. It causes their bones to grow harder and twist into what are thought to be Fjordell symbols.[14] These symbols grant the Dakhor priests various powers, most of them battle related.