“Technology is limited. Only the mind is infinite. ”

Cytonics, sometimes called cytonic abilities, a defect or a deviation, are a set of psionic abilities used by numerous sapient beings, among them Jason Write and Spensa Nightshade.[2][3] A person capable of using them is called a cytonic. In humans, those abilities have lasted centuries and have continued to pass genetically since the time of the Phone Company until the occupation of Detritus by the descendants of the Defiant.[4] All known alien species have the capacity to produce cytonics, and a few are all-cytonic.[2] 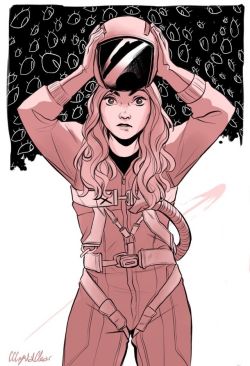 The first cytonics developed due to sapient creatures being exposed over generations to the energies of the nowhere, gradually leaking in through nowhere portals.[5]. Over many generations, cytonics grew more common, and there was a prolonged period prior to the development of advanced technology during which many races were in contact through the nowhere. This period came to an end when an unknown entity, possibly similar to a delver, was created by a technologically advanced race, and attacked cytonics. Cytonics of all races banded together to fight it, and though they succeeded in destroying it, virtually all cytonics of all races were wiped out in the process, causing cytonics to be lost for many generations.[6]

One of the first races to rediscover cytonics after this disaster seems to have been the kitsen shadow-walkers, who used teleportation to travel between their homeworld and Earth, where they would interact with ancient humans.[7] However, the shadow-walkers eventually departed both worlds, never to be seen again.[8] It was eventually discovered that they had accidentally trapped themselves in the nowhere through an attempt to open a nowhere gate, and with no remaining kitsen cytonics, there was noone who could reopen the portal.[9] In normal space, all sapient races, as well as a few non-sapient ones, would eventually redevelop cytonics; of them, all of them save humans did so prior to discovering advanced technology.[2][10].

Much later, during humanity's forays into the solar system, the Phone Company attempted to develop cybernetic-based telepathic linking, nicknamed cyto. While those original attempts did not work as intended, they were sufficient to attract the attention of the alien tenasi. More advanced cytonics were studied and developed by a few in the Phone Company over the years.[2]

The delvers were created from an AI built by Jason Write in the image of his lost wife, Lana. Exposure to the energies of the nowhere caused this unnamed AI to develop sapience, but only a few days afterwards Jason Write was killed in an accident. Lacking the emotional maturity to process her loss, the AI rewrote herself to erase her memories of Jason as well as any possibility of developing new emotional connections, before retreating to the lightburst and replicating herself many thousand times. In the process, the delvers inadvertently left a copy of their memories encoded at the Solitary Shadow portal. This also changed the nowhere, causing anyone in it to gradually lose their memories unless anchored to reality through reality ashes or through proximity to fragments or other sapients. [11].

During the Second Human War, mankind attempted to augment their military by summoning the delvers.[12] This went horribly wrong; not only did the delvers turn against their would-be controllers, but they rampaged across space unchecked before eventually fading away.[13][14] From then on out, however, they were a constant presence for all cytonics. Fearful of them, the Superiority made a transition away from using cytonic abilities, with the singular exception of FTL technology, necessary for interstellar travel.[13] Humans likewise came to fear the "defect" for the threat it carried with them, leading to nearly all knowledge of the abilities disappearing on worlds like Detritus.[15]

Cytonics encompass a number of abilities powered by the living mind. Some of them can be augmented by electronics, and through this shared to populations that don't possess them.[2] In humans, use of cytonics is signified by increased activity in the section of the brain called the Writellum.[16] Only a small percentage of the total human populace possesses the capacity for cytonics, although this number is far higher among many alien races, with some, like varvax and tenasi, implied to all have the ability.[2] It's also possible for AI to develop cytonics.[17]

While any single cytonic can utilize the whole set of psychic abilities, people tend to specialize, leaning more towards specific applications of the power rather than mastering all of them.[18]

In order to utilize cytonics, the user needs to meditate, focusing on the impression of moving upwards and letting the world around them fade away.[19] While a beginner needs several moments to enter the appropriate mental state, an experienced user of cytonics can do so instantly, allowing them to actively use the ability in combat.[2] The focus allows the cytonics to utilize the nowhere, a timeless emptiness outside of normal reality. Nowhere figures heavily in several, if not all cytonic abilities, most notably teleportation and FTL communication.[20] It's also home of the delvers, making using it highly dangerous.[3]

“ He had been legally blind since he'd turned sixteen. (...) Fortunately, he had other methods of seeing. ”

The ability to "see" the world with supernatural senses. Jason Write uses it to perceive the light as vibrations, black being calm, white light being a roar in his mind. This allows him to get a clear picture of the world despite his blindness, though it takes a certain level of conscious effort.[2]

Perhaps related to this is the ability some cytonics have to detect each other. When near a fellow cytonics, they feel a sense of electicity coursing through them, or the feeling of being splashed with cold water.[21] When they focus, they seem able to detect cytonic beings from a considerable distance.[22] Others, however, can only detect a cytonic by deliberately probing the mind of a suspected person.[23]

“They used that place between heartbeats to talk to one another, to communicate instantly. ”

—Spensa about the Krell[20]

The original reason cytonics was developed was its ability to connect minds of cytonics users and share verbal information. During the days of the Phone Company, the advanced FTL communication network that connects all mankind is powered by a single operative with developed cytonic abilities, and is mediated by cybernetic equipment.[2]

A subspecies of taynix can also be used to create a device known as a hypercomm that allows for cytonic communication.[25] Communications over hypercomms are sometimes referred to as hypersignals.[26]

“The Krell knew they had to target any of us who flew too well—because they knew about the defect. ”

Cytonic users are able to react at incredible speed, thinking faster than humanly possible, although this does not allow for an increase in physical speed. This mind acceleration allows cytonics to excel in tasks that require quick reaction times, such as flight, making them excellent pilots, as well as use their abilities with little advanced warning, letting them react even to flying bullets.[27][2]

“He whipped out a dozen invisible mindblades that slashed through the air. The force of his attack slapped the bullets backward as well as sliced each one in two. ”

Mindblades are pure force, formed by the mind of the user. They can be used to cut through any solid objects, but with practice, they can be Sensed and blocked by other mindblades. They are capable of affecting even materials that are resistant to advanced conventional weaponry, such as telanium.[2] They are considered one of the more advanced cytonic abilities, and difficult to figure out on one's own.[23]

Some taynix are capable of generating mindblades. These taynix can be paired with cytonic technology to amplify their power, which results in a device sometimes known as a hyperweapon that can deliver devastating attacks.[28]

Concussion bolts are a cytonic attack that target a person's mind. Being hit by the full force of one can leave a person stunned for minutes and give them a headache that lasts for days.[29] 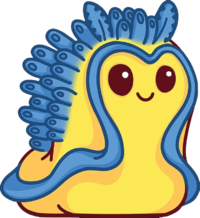 “I did something with my mind. We vanished, leaving a ship-size hole in the expanding blossom of flame and destruction. ”

An ability possessed by all advanced alien races, and developed but kept secret by the Phone Company operatives. It involves Sensing inwards on oneself and removing oneself from normal space, moving through nowhere to reappear at a different point in normal space, possibly light-years away, in seconds. When reappearing, the performer pushes aside matter at their destination to create the space for themselves.[2] While in the nowhere, the momentum of an object is lost, so when an object returns to the real world after a jump it will naturally be stationary until it is moved again.[28] There seems to be no upper limit on the distance travelled in a jump; however, the cytonic requires keen awareness of the place they are returning to. This can be achieved with cytonic coordinates, which can be pushed directly into a person's mind and allow even an untrained cytonic to travel. Such coordinates, however, fade within a few minutes.[31] This cytonic teleportation is sometimes referred to as a hyperjump.[32]

FTL travel is an ability that can be augmented by technology to allow the cytonic to transport more than just themselves. As such, it forms the basis for all interstellar travel. Modern design, used to avoid attracting the delvers, utilizes taynix as hyperdrives, as delvers find them distracting.[10]

“Your dissidents are escaping, and they're hiding among us. ”

Using advanced cytonics, it is possible for a mind to swap bodies, including cross-species. Among others, varvax dissidents can utilize this to take human bodies, akin to possession.[2] It would, however, take much time to adjust if the bodies are too different.

“Your cytonic abilities will be muted here on Starsight. ”

There exist several methods of suppressing cytonic abilities, all likely utilizing the same underlying mechanism. One, used by the varvax, allows them to suppress cytonic abilities of the undesirable members of their populace, keeping them in check, as well as hold cytonics prisoner.[2] Another are shields built into M-Bot, which protect their pilot from external cytonic influence.[20]

Finally, there are cytoshields, which can suppress all outgoing cytonic and radio signals, as well as partially smother access to cytonics within them.[3][13] They were originally designed to protect inhabited areas from delvers, although they do not succeed in this regard.[33] They do, however, still manage to prevent long-distance teleportation, particularly in and out of the shield. They are typically built large; the two known examples surround the entireties of Detritus and Starsight.[14][13]

“To create computers that can think as quickly as my mind, you need processors that can communicate faster than normal electric signals facilitate. ”

Some advanced processors use cytonic technology to work much faster than normally possible.[35] This is most important to artificial intelligences such as M-Bot.[20] Using minature cytonic communicators, parts of AIs can pass signals between each other at speeds faster than light, which facilitates near-human intelligence and superhuman analytics ability. As a side effect, it makes those machines detectable by organic cytonics.[34] However, for some reason AIs anger delvers much more than other forms of cytonics and radio signals, leading to a ban on them in the present times.[13]

“If it's looking at you, it doesn’t see you. We are overwriting its vision. ”

Cytonics are capable of creating illusions, making others see things that aren't really there. Those illusions can range from complex scenarios to simple audiovisual noise. They aren't really physically present; rather, they exist directly in people's minds. As such, two people travelling together can usually ascertain what is and isn't real.[20][36]

Two species have been shown as capable of creating illusions. The varvax used them to make Chaser turn against his allies in the Battle of Alta;[20] the delvers use them as a defense mechanism, creating various illusions in mazes as a way to confound and throw off people trying to reach the heart.[24] Though everyone is susceptible to illusions, people who themselves have cytonic abilities are far more affected.[20][36]